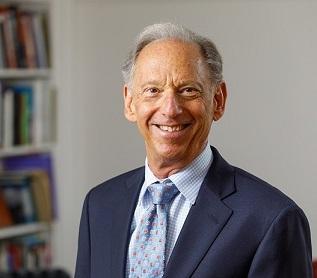 Alan E. Kazdin, Ph.D., is Sterling Professor of Psychology, Professor of Child Psychiatry at Yale University, and Director of the Yale Parenting Center, a service for children and families. Before coming to Yale, he was on the faculty of The Pennsylvania State University and the University of Pittsburgh School of Medicine. At Yale, he has been Chairman of the Psychology Department, Director and Chairman of the Yale Child Study Center at the School of Medicine, and Director of Child Psychiatric Services at Yale-New Haven Hospital.

Kazdin’s research has focused primarily on the treatment of aggressive and antisocial behavior in children and parent, child, and contextual influences that contribute to child dysfunction and processes and outcome of child therapy. His work has been supported by the National Institute of Mental Health, the William T. Grant Foundation, The Robert Wood Johnson Foundation, John D. and Catherine T. MacArthur Foundation, Rivendell Foundation of America, the Humane Society of America, the Laura J. Niles Foundation, Leon Lowenstein Foundation, and Yale University. Kazdin’s 750+ publications include 50 books that focus on methodology, interventions for children and adolescents, parenting and child rearing, cognitive-behavioral treatment, and interpersonal violence. His work on parenting and childrearing has been featured on NPR, PBS, BBC, and CNN and he has appeared on the Today Show, Good Morning America, ABC News, 20/20, and Dr. Phil.