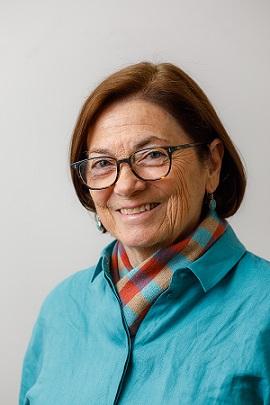 Dolores Hayden is the past president of the Urban History Association and the author of several award-winning books about American landscapes and the politics of the built environment, most recently A Field Guide to Sprawl (Norton, 2004) and Building Suburbia: Green Fields and Urban Growth, 1820–2000 (Pantheon Books, 2003, Vintage, 2004). Her book The Power of Place: Urban Landscapes as Public History(MIT Press, 1995) explores urban memory in ethnic communities in downtown Los Angeles. Gender and space are the subjects of The Grand Domestic Revolution: A History of Feminist Designs for American Homes, Neighborhoods, and Cities (MIT Press, 1981) and Redesigning the American Dream: Gender, Housing, Work, and Family Life (Norton, 1985; revised and expanded, 2002). A former Guggenheim, Rockefeller, NEH, NEA, and ACLS/Ford fellow, Ms. Hayden has taught at MIT, UC Berkeley, and UCLA as well as Yale. In 2006–7 she was a fellow at the Center for Advanced Study in the Behavioral Sciences at Stanford University, where in 2009 she co-led “Researching the Built Environment: Spatial Methods and Public Practices.” Ms. Hayden is also a widely published poet whose work has appeared in The Yale Review, Southwest Review, The American Scholar, and The Best American Poetry 2009. In 2012 she was a poetry fellow at the Djerassi Resident Artists Program.