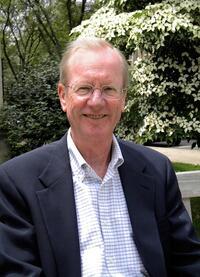 Individually wrapped refreshments will be available at 3:30 p.m. After the refreshments and drinks, fellows will be asked to remain masked for the duration of the talk.

Professor Stout, who received his Ph.D. from Kent State University in 1974, has published The New England Soul: Preaching and Religious Culture in Colonial New England (1986) and George Whitefield, Divine Dramatist (1991), as well as several edited books, including New Directions in American Religious History (1997), with Darryl Hart, Religion in American History: A Reader (1997), with Jon Butler, and Upon the Altar of the Nation: A Moral History of the Civil War (2006). He is the general editor of the Works of Jonathan Edwards (Yale Press) and the co-director, with Jon Butler, of the Center for Religion and American Society at Yale.

Professor Stout’s courses include reading and research seminars in American religious and cultural history, seminars on the Civil War, and an undergraduate course on “Religion, War, and the Meaning of America.”