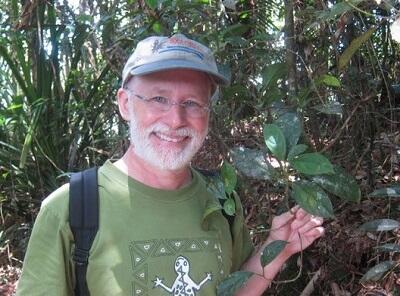 Individually wrapped refreshments will be available at 3:30 p.m. Those who wish to attend either in person or online should respond to emeritus@yale.edu by Friday, November 4. A mask is required to enter 149 Elm Street but is optional on the second floor of the Koerner Center. For further information regarding masking, click here, and for additional information regarding Safer Yale Practices, click here.

Professor Donoghue earned his undergraduate degree from Michigan State University (1976) and his Ph.D. in biology from Harvard University (1982). He served on the faculty of San Diego State University (1982-85), the University of Arizona (1985-92), and Harvard University (1992-00), where he was the director of the Harvard University Herbaria from 1995 to 1999. He is a Fellow of the American Association for the Advancement of Science (1997), a member of the National Academy of Sciences (2005), and a Fellow of the American Academy of Arts and Sciences (2008). His research concerns the diversity and evolutionary history of plants, and connections between phylogeny, biogeography, and ecology. He has been active in movements to reconstruct the Tree of Life and to link evolution to biodiversity conservation. He has published over 290 scientific papers and two books and mentored over fifty postdoctoral associates and graduate students.