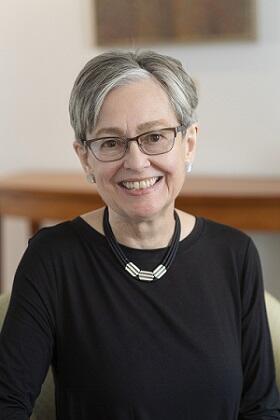 Individually wrapped refreshments will be available at 3:30 p.m. Those who wish to attend either in person or online should respond to emeritus@yale.edu by Friday, December 2. A mask is required to enter 149 Elm Street but is optional on the second floor of the Koerner Center. For further information regarding masking, click here, and for additional information regarding Safer Yale Practices, click here.

Rolena Adorno is the Sterling Professor Emerita of Spanish. She is the seventh recipient of the Modern Language Association’s Award for Lifetime Scholarly Achievement. Presented every three years, its inaugural awardee was Yale’s Maynard Mack, in 1996, and Adorno is the only recipient, to date, from the Spanish-language literatures. She has devoted herself to the study of the literary and intellectual history of Spanish America from the time of Columbus to nineteenth-century Latin American independence.

Very recently, on November 15, 2022, Adorno was awarded an honorary doctorate from the University of Rome, one of the oldest universities in Europe (founded in 1303), whose most recent Honoris Causa honoree was Dr. Anthony Fauci.