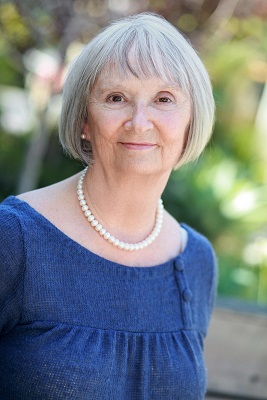 For over 3 decades, Ann Williams worked as a nurse practitioner caring for persons with HIV/AIDS in the U.S. and abroad. She was the Helen Porter Jayne and Martha Prosser Jayne Professor of Nursing at Yale School of Nursing and Professor of Medicine in Internal Medicine at Yale School of Medicine. From 1991 to 2010, she led the Connecticut AIDS Education and Training Center. In 2010 she moved to the University of California Los Angeles where she was Professor and Associate Dean for Research. She retired from UCLA in October 2015 and resides now in New York City where she currently serves as Director of Global Programs, New York University Nursing School. She has been closely affiliated with Yale China Association for two decades and continues on their Board of Trustees and as Secretary of the Board.

Williams designed and conducted some of the earliest studies of AIDS among drug users, developing and testing interventions to decrease HIV transmission, improve gynecologic care of women living with HIV, and increase patient adherence to antiretroviral medication. Her home nursing intervention was recognized by the Centers for Disease Control as one of only 8 evidence-based best practice interventions and has been adapted for use in China. In July 2013, she was inducted into the International Nurse Researchers Hall of Fame.

In addition to her clinical and scholarly work, Williams has demonstrated a commitment to the education and mentorship of the next generation of nurse-leaders. While at Yale School of Nursing, she supervised over 100 masters and doctoral theses. Her former students and mentees currently occupy leadership positions in nursing practice, policy, and academia around the world. The HIV/AIDS Nursing and Symptom Management text she co-edited with Mary Ropka received the Nurse Practitioner Best Books of 1998 award and served as a template for nursing texts in Poland, China, and Vietnam. The training program addressing safe use of medical sharps developed for Chinese nurses under Williams’s direction in 1997 provided the impetus for revision of policies in that country on a national level and continues to be delivered under the auspices of the National Nursing Center of China.

Chen, J., Li, X. H., Xiong, Y., Fennie, K. P., Wang, H. H., Williams, A. B. (2016) Reducing the risk of HIV transmission among men who have sex with men: A feasibility study of the motivational interviewing counseling method. Nursing and Health. In press.