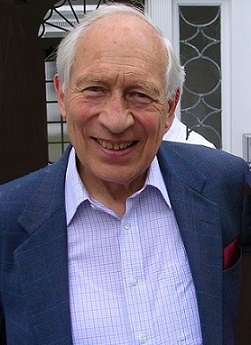 Bernard Lytton was born in 1926 in London, where he received his undergraduate and graduate education. Much of his high school education was during World War II, and in 1943 he was admitted to the London Hospital Medical College, a school of the University of London, where he took his medical degree. While there he was awarded the Haking Prize in Obstetrics and Gynecology. In 1955 he became a fellow of the Royal College of Surgeons, having completed the two-part examination for this higher degree in surgery. He was then conscripted into the Royal Air Force for two years.

Lytton was a surgical resident at the London Hospital, where he subsequently became chief resident. As a British Empire Cancer Fellow at King’s College Hospital, he studied the immunology of cancer, which led to an interest in renal transplantation. He immigrated to the United States in 1962 and became an assistant professor in the urology department at Yale. In 1967, together with Dr. Howard Levitin, a nephrologist, he began a program of kidney dialysis and later that year conducted the first kidney transplant in Connecticut. In 1967 he became chief of urology, a position he held for twenty years. During that time he was president of the New England section of the American Urological Association and received the association’s Hugh Hampton Young Award. He also received the Francis Gillman Blake Award at Yale for teaching and was a member of a National Institutes of Health Study section for four years. Lytton was head of Jonathan Edwards College between 1987 and 1997 and was the inaugural director of the Henry Koerner Center for Emeritus Faculty, a position which he held between 2003-2013.