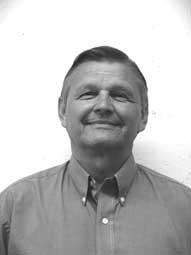 Bronislaw Sammler was the technical director for the Yale School of Drama/Yale Repertory Theatre from 1974 to 1980 and served as the Production Supervisor from 1980 to 2013. He chaired Yale School of Drama’s Technical Design and Production Department from 1980 to 2017. In 2007 he was named the Henry McCormick Professor in the Practice of Technical Design and Production by Yale’s President, Richard C. Levin. He is co-editor of Technical Brief and Technical Design Solutions for Theatre, Vols. 1, 2, & 3, and co-author of Structural Design for the Stage, 1st edition, which was the winner of the United States Institute of Theatre Technology’s (USITT) Golden Pen Award in 2000. Mr. Sammler has served as Vice Commissioner and Commissioner of USITT’s Technical Production Commission and co-founded and co-chaired the first five USITT National Theatre Technology Exhibits. He is a past Director at-Large and a current lifetime Fellow of USITT. Mr. Sammler was honored as Educator of the Year in 2006 by the New England Theatre Conference and received the USITT Distinguished Achievement Award in Technical Production in 2009. He earned his B.A. at SUNY Brockport in 1967 and his M.F.A. at Yale School of Drama in 1974. Since his retirement Ben continues to teach Structural design for the Stage and advises students in Yale Drama School’s TD&P department.