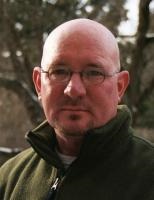 Dale B. Martin specializes in New Testament and Christian Origins, including attention to social and cultural history of the Greco-Roman world. Before joining the Yale faculty in 1999, he taught at Rhodes College and Duke University. His books include: Slavery as Salvation: The Metaphor of Slavery in Pauline Christianity; The Corinthian Body; Inventing Superstition: from the Hippocratics to the Christians; Sex and the Single Savior: Gender and Sexuality in Biblical Interpretation; Pedagogy of the Bible: an Analysis and Proposal; New Testament History and Literature; and most recently, Biblical Truths: The Meaning of Scripture in the Twenty-First Century. He has edited several books, including (with Patricia Cox Miller), The Cultural Turn in Late Ancient Studies: Gender, Asceticism, and Historiography. He was an associate editor for the revision and expansion of the Encyclopedia of Religion, published in 2005. He has published several articles on topics related to the ancient family, gender and sexuality in the ancient world, and ideology of modern biblical scholarship, including titles such as: “Contradictions of Masculinity: Ascetic Inseminators and Menstruating Men in Greco-Roman Culture.” He currently is working on issues in biblical interpretation, social history and religion in the Greco-Roman world, and sexual ethics. He has held fellowships from the National Endowment for the Humanities, the Alexander von Humboldt Foundation (Germany), the Lilly Foundation, the Fulbright Commission (USA-Denmark), and the Wabash Center for Teaching and Learning in Theology and Religion. He is a fellow of the American Academy of Arts and Sciences (elected 2009).