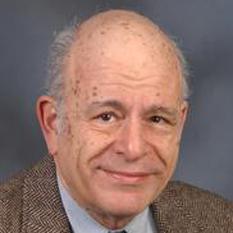 Professor Rosner was a former chairman of the Yale Department of Chemical Engineering. He is founder and director of the Yale High Temperature Chemical Reaction Engineering Laboratory (HTCRE) and is an engineering consultant to many corporations and consortia, which have included ALCOA, Babcock & Wilcox, Bristol-Myers/Squibb, Columbian Chemicals, DuPont, EPRI, EXXON, GE, Guardian Industries, Dresser-Rand, IFPRI, Pfaudler, Praxair, RERI, SCM-Chemicals, and Union Carbide. His research activities include convective energy and species transport, fine particle technology, and combustion—subjects on which he has published over 250 papers and an award-winning book entitled Transport Processes in Chemically Reacting Flow Systems. Professor Rosner joined the engineering faculty at Yale in 1969 after eleven years of industrial research experience and after having completed his undergraduate degree at CCNY and a Ph.D. at Princeton University as a Guggenheim Fellow. For his cumulative research contributions in the area of particle-in-gas suspensions, Professor Rosner was named winner of the 1999 David Sinclair Award of the American Association Aerosol Research and the 2011AIChE/DuPont Particle Technology Award. He received an honorary doctorate of science in 2002 from UNED in Madrid and is a member of the Connecticut Academy of Science and Engineering. ProfessorRosner is currently a research professor in the Department of Chemical & Environmental Engineering at Yale.