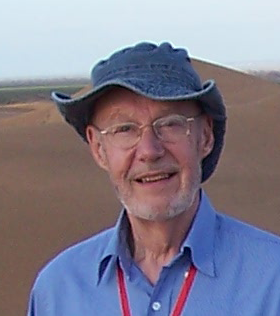 My archaeological research has focused primarily on the Near East, from Iran to Syria where I have conducted numerous reconnaissance surveys and excavations, mostly concerning the early stages of agriculture and animal husbandry, and regional settlement history. In 1973 I traveled with a group of tribal nomads in Luristan, Iran on their annual spring migration. In Iran I also carried out several small excavations in Paleolithic caves and rockshelters in the Khorramabad Valley dating back as far a Neanderthal times.  Most of my research was in Deh Luran and Khuzistan in western Iran. The Iranian research has been published in two monographs, one edited book and numerous articles.

After the Iranian Revolution I moved my research to northeastern Syria where I have carried out numerous archaeological surveys, and excavation of the sites of Umm Qseir and Ziyadeh on the Khabur River.  In addition, through NASA grants and teamwork through the Center for Earth Observation at Yale, I carried out a series of studies of land use and agricultural sustainability using satellite imagery.  Currently finishing a monograph on the Syrian excavations, and in collaboration with Czech scientists, we are carrying out analyses of ceramics and other artifacts recovered during other archaeological projects in Syria.