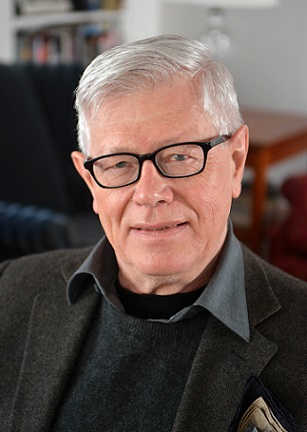 Gary L. Haller is the Henry Prentiss Becton Professor of Engineering and Applied Science at Yale University with joint appointments in the Departments of Chemical Engineering and Chemistry. Professor Haller received a B.S. in mathematics and chemistry from the University of Nebraska at Kearney in 1962 and a Ph.D. in physical chemistry from Northwestern University in 1966. Following a NATO Post-doctoral Fellowship at Oxford University, he joined the faculty of Yale where he has held a variety of administrative posts that include Chair of the Department of Chemical Engineering, Chair of the Council of Engineering, and Deputy Provost for Physical Sciences and Engineering. He was Master of Jonathan Edwards College, one of twelve residential colleges that comprise Yale College 1997-2008. He is currently Director of the Koerner Center for Emeritus Faculty. Professional service has included the Chair of the American Chemical Society Division of Colloid and Surface Chemistry, President of the Catalysis Society of North America, co-Editor of the Journal of Catalysis, and the editorial boards of several journals. His alma mater has honored him with the Donald E. Fox Chemistry Lectureship and Outstanding Alumni Award and he has received the Meritorious Service Award of the Yale Science and Engineering Association. University lectureships include the Lacey (Caltech), Harry Fair (University of Oklahoma), V. N. Ipatieff (Northwestern University), and Robert Burwell (Catalysis Society of North America). He has held visiting appointments at the University of Bahia Blanca, Université Catholique de Louvain, University of Edinburgh, the University of Paris VI, New York University, and the Technical University of Münich. Professor Haller’s research involved the molecular understanding of heterogeneous catalysts. His research combines the inorganic chemistry of catalyst synthesis, physical chemistry of spectroscopic characterization of heterogeneous catalysts, and the kinetics and mechanism of simple organic reactions. Current research is focused on catalysts for the synthesis of single walled carbon nanotubes and the application of these carbon nanotubes as supports for novel catalytic reactions such as aqueous phase reforming (a route to renewable energy sources) and biomass refining.