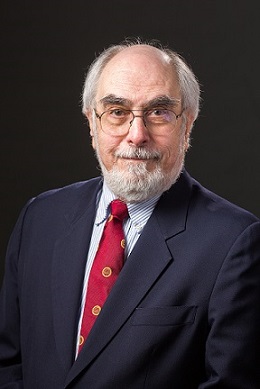 Geoffrey Miller, M.B., Ch.B., is a professor of Pediatrics and Neurology. He graduated in medicine from Trinity College Dublin in 1972. His pediatric training was at the Cambridge Military Hospital, and his pediatric neurology and neurodevelopmental pediatric residencies were at Princess Margaret Hospital for Children in Western Australia and British Columbia Children’s Hospital in Vancouver, Canada. He is board certified in Neurology with special qualification in Child Neurology and is also board certified in Neurodevelopmental Disabilities. He has served as the Medical Director of the West Australian Cerebral Palsy Center, and as a clinic director of pediatric neuromuscular clinics in West Australia, Pennsylvania, and Texas, and is a co-director of a pediatric neuromuscular clinic at Yale New Haven Hospital. Presently he is the Clinical Director of Pediatric Neurology at the Yale University School of Medicine. His main clinical interests are neonatal neurodevelopmental outcomes and pediatric neuromuscular disorder. His academic interests include Pediatric bioethics and neuroethics.

Miller served a clinical research fellowship in neonatal neurology and neuromuscular disorder at the Hammersmith hospital, Royal Postgraduate School in London. His doctoral degree was from the University of Western Australia and his thesis concerned the epidemiology of cerebral palsy. He was a member of and senior investigator at the Australian Neuromuscular Research Institute. He has been elected to the American Neurological Association and is a Fellow of the Royal College of Physicians in London and a Fellow of the Royal Australian College of Physicians. He has more than 120 publications and is the editor of 3 books and the sole author of one. His present academic interest is in pediatric bioethics, and he is a member of the Yale Bioethics Center, the Yale Program for Biomedical Ethics, and the Child Neurology Society Bioethics Committee.