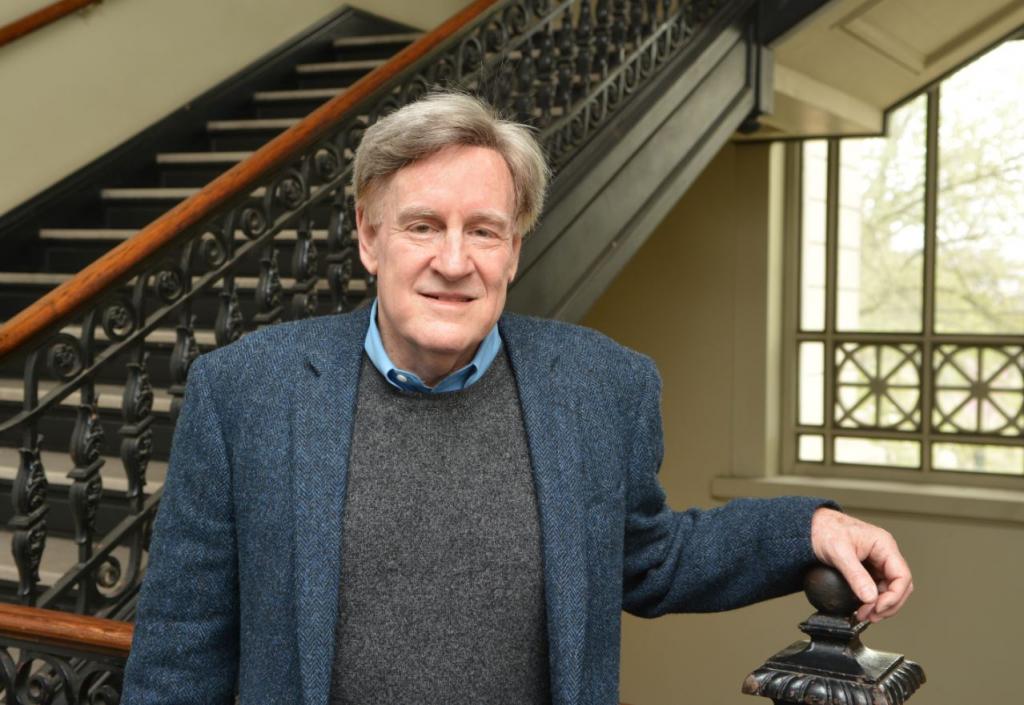 Gilbert M. Joseph received his doctorate from Yale University in Latin American history in 1978.  In 1993, after fifteen years at the University of North Carolina at Chapel Hill, he returned to Yale, where he is presently Farnam Professor of History and International Studies. In 2005 he finished an eleven-year term as director of Latin American and Iberian Studies (Yale’s Title VI Center).  He has also been a visiting professor at Duke University, Florida International University, and the University of Connecticut.   During 2015-2016 he was the President of the Latin American Studies Association (LASA), the world’s largest association for individuals and institutions engaged in the study of Latin America (close to twelve thousand members worldwide).  In 2016, he presided over LASA’s Fiftieth Anniversary Congress in New York City, and has served on its Executive Council since 2014.

Professor Joseph’s research and teaching interests focus on the history of modern Latin America, particularly Mexico and Central America, on revolutionary and social movements, and U.S.-Latin American relations, especially during and after the Cold War.  He is the author of Revolution from Without: Yucatán, Mexico, and the United States, 1880-1924 (Cambridge University Press, 1982; rev. ed., Duke University Press, 1988; Fondo de Cultura Económica, 1992); Rediscovering the Past at Mexico’s Periphery (University of Alabama Press, 1986); (with Allen Wells) Summer of Discontent, Seasons of Upheaval: Elite Politics and Rural Insurgency in Yucatán, 1876-1915 (Stanford University Press, 1996; Ediciones Universidad Autónoma de Yucatán, 2011); and (with Jürgen Buchenau) Mexico’s Once and Future Revolution: Social Upheaval and the Challenge of Rule since the Late Nineteenth Century (Duke, 2013; named a History Book Club selection).  He is working on a new project, Transnational Lives in the American Century, which draws upon fieldwork in Peru, Mexico, Central America, and the United States.  The author of numerous articles on modern Mexico, the Mexican revolution, social movements, and the history of rural crime and protest, he is also the editor of thirteen books, including (with Daniel Nugent) Everyday Forms of State Formation: Revolution and the Negotiation of Rule in Modern Mexico (Duke, 1994;  Ediciones Era, 2002); Close Encounters of Empire: Writing the Cultural History of U.S.-Latin American Relations (Duke, 1998); Fragments of a Golden Age: The Politics of Culture in Mexico Since 1940 (Duke, 2001); Crime and Punishment in Latin America: Law and Society Since Late Colonial Times (Duke 2001); Reclaiming the Political in Latin American History (Duke, 2001); The Mexico Reader: History, Culture, Politics (Duke, 2002); In from the Cold: Latin America’s New Encounter with the Cold War (Duke, 2008); A Century of Revolution: Insurgent and Counterinsurgent Violence during Latin America’s Long Cold War (Duke, 2010); and Peripheral Visions: Politics, Society, and the Challenge of Modernity in Yucatán (Alabama, 2010).   In 2017, with Peter Winn, he edited and contributed to “Latin American Transformations: Fifty Years of Change,” a retrospective dossier published in the LASA Forum, which the editors hope to expand into a volume.

Professor Joseph edited the Hispanic American Historical Review (with Stuart Schwartz) from 1997-2002, and has served on the editorial boards of historical journals in the U.S., Mexico, Venezuela, and the U.K.  He edits the book series “American Encounters/Global Interactions” for Duke University Press (more than 60 titles published to date).  He sits on the Editorial Advisory Board of Oxford Bibliographies Online: Latin American Studies.  He has advised on a three-part PBS television series on the Mexican Revolution, served on the Latin American Regional Advisory Committee of the Social Science Research Council and the “Twenty-first Century Committee” of the Latin American Studies Association, and is the former North American Chair of the Joint Organizing Committee of the Conference of Mexican, U.S., and Canadian Historians.  Professor Joseph has sat on national screening and selection committees for fellowships administered by the Social Science Research Council, the American Council of Learned Societies, the National Humanities Center, and the Fulbright program.  He has been nominated for the presidency of the Conference on Latin American History (American Historical Association) and served as president of the New England Council on Latin American Studies.

Among Professor Joseph’s academic honors are the Sturgis Leavitt Prize (twice awarded by the Southeastern Council on Latin American Studies for the best article on a Latin American subject); induction into the Academia Yucatanense de Ciencias y Artes; the Tanner Award (“for excellence in the inspirational teaching of undergraduate students” at the University of North Carolina, in 1980); the Harwood F. Byrnes/Richard B. Sewall Prize for Teaching Excellence at Yale University (2017); the inaugural Graduate Mentor Award in the Humanities from Yale University (2000); and the Geoffrey Marshall Faculty Mentoring Award, bestowed by the Northeastern Association of Graduate Schools (2002).  Over the course of his career he has directed 55 Ph.D. students (46 at Yale and 9 at UNC-Chapel Hill). He has been awarded resident fellowships at the National Humanities Center, the Center for U.S.-Mexican Studies, the Woodrow Wilson International Center for Scholars, and the Institute for Advanced Study at Princeton.  His research has been supported by a multi-year NEH Interpretive Research Fellowship, and year-long research grants from the Social Science Research Council, Fulbright, the Organization of American States, and the William and Grace Doherty Foundation.

Throughout the 1980s, Professor Joseph led or participated in several interfaith delegations to Nicaragua (one of which gave rise to “Witness for Peace”), and he helped to found Chapel Hill’s Sister City program with San Jorge, Nicaragua.  He has served on the advisory boards of the Roothbert Educational Fund, Dwight Hall (the Center for Public Service and Social Justice at Yale), the New Haven-León Sister Cities Project, and the executive committee of Yale’s Program in Agrarian Studies.  He currently sits on the boards of the Lamar Center for the Study of Frontiers and Borders, the Gilder-Lehrman Center for the Study of Slavery and Abolition, the Albert Schweitzer Institute for International Human Rights (at Quinnipiac University); and Just Foreign Policy.