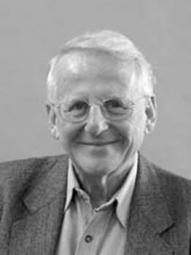 Gordon Rogoff’s long and fruitful improvisation in the theater, includes work with several institutions including The Actor’s Studio, the Open Theater, and Yale School of Drama, from which he retired in June 2019. It’s official: he is now Professor Emeritus in the Practice of Dramaturgy and Dramatic Criticism.

He has published two collections of criticism, Theater Is Not Safe and Vanishing Acts, and is currently working on a new book, Sunset Over Ice: Late Works of Verdi, Ibsen, Richard Strauss, Ingmar Bergman, and Matisse, chapters of which have already appeared in The Yale Review and Parnassus: Poetry in Review. Among his awards are the Guggenheim Fellowship (1973), the George Jean Nathan Award for Dramatic Criticism (1986), and the Morton Dauwen Zabel Award for Criticism from The American Academy of Arts and Letters (1991).

In the 1970s, Rogoff devoted himself to teaching and directing, winning an Obie for his staging of Old Timers’ Sexual Symphony and other Notes, written by his life partner, Morton Lichter.