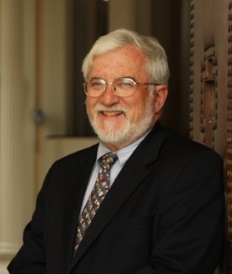 Harold Attridge, dean of Yale Divinity School from 2002 to 2012, has made scholarly contributions to New Testament exegesis and to the study of Hellenistic Judaism and the history of the early Church. His publications include Essays on John and Hebrews, Hebrews: A Commentary on the Epistle to the Hebrews, First-Century Cynicism in the Epistles of Heraclitus, The Interpretation of Biblical History in the Antiquitates Judaicae of Flavius Josephus, Nag Hammadi Codex I: The Jung Codex, and The Acts of Thomas, as well as numerous book chapters and articles in scholarly journals. He has edited twelve books, including, with Gabriella Gelardini, Hebrews in Context (2016), with Dale Martin and Jurgen Zangenberg, Religion, Ethnicity and Identity in Ancient Galilee; and the centennial Terry Lectures, The Religion and Science Debate: Why Does It Continue? Professor Attridge served the general editor of the HarperCollins Study Bible Revised Edition (2006). He has been an editorial board member of Catholic Biblical Quarterly, Harvard Theological Review, Journal of Biblical Literature, Novum Testamentum, and the Hermeneia commentary series. He has been active in the Society of Biblical Literature and served as president of the society in 2001 and in the Catholic Biblical Association, of which he was president in 2011-12. He was elected to be a Fellow of the American Academy of Arts and Sciences in 2015. Professor Attridge is a fellow of Saybrook College.