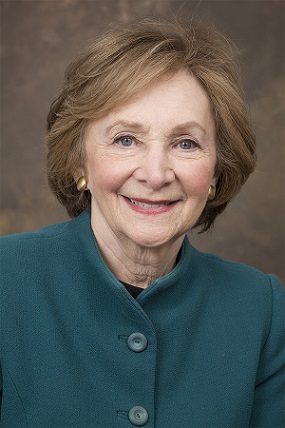 During her 39-year tenure at the Yale University Art Gallery, 34 of which she served as senior curator of the department, Helen Cooper demonstrated an impressive range and depth of knowledge of American art history. The remarkable scope of Cooper’s expertise, from colonial portraiture to modern American painting, helped form what is now considered one of the preeminent museum collections of American art in the country.

During her term as curator, Cooper enriched many areas of the collection and also moved it in new directions. She added selectively to the 19th-century holdings, among them landscapes by Thomas Cole, Jasper F. Cropsey, Sanford Gifford, George Inness, John Frederick Kensett, and Fitz Henry Lane, and still lifes by Joseph Decker and John F. Francis. In an underrepresented area of the collection—folk art—undisputed masterpieces were acquired, including John Brewster’s portrait of Comfort Starr Mygatt and his daughter, and Ammi Phillips’s portraits of the Wilbur Sherman family. The area of greatest growth during her term was in modernist paintings and sculpture of the first half of the 20th century, with acquisitions of exceptional works by Thomas Hart Benton, Oscar Bluemner, Alexander Calder, Ralston Crawford, Stuart Davis, Henry Koerner, Walt Kuhn, Gerald Murphy, George L. K. Morris, and Charles Sheeler, among others.

In addition to growing the American art collection in significant ways, Cooper organized several important exhibitions that reveal an equally impressive scope and command of the field, including: John Trumbull: The Hand and Spirit of a Painter (1982), Winslow Homer: Watercolors (1986), Childe Hassam: An Island Garden Revisited (1990), Eva Hesse: A Retrospective (1992), and Thomas Eakins: The Rowing Pictures (1996), all of which were accompanied by important scholarly publications.

Cooper received her B.A. from Syracuse University, and her M.A. and Ph.D. from Yale University. She is the recipient of several outstanding honors, including an appointment in 2002 as Member of the Committee for the Preservation of the White House. In this and all other professional endeavors, Cooper has contributed her time and expertise to the larger and growing field of American art history.