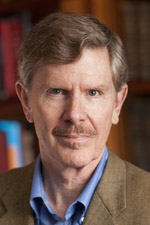 Jerry L. Mashaw, Sterling Professor Emeritus of Law and professorial lecturer at Yale Law School, teachescourses on administrative law, social welfare policy, regulation, legislation, and the design of public institutions. While at Yale he has held joint appointments in the School of Management and the Institution for Social and Policy Studies. He formerly taught at Tulane University and the University of Virginia, and has lectured and taught abroad in Europe, Latin America, China, New Zealand, and Australia. Mashaw’s most recent prize-winning book is Creating the Administrative Constitution: The Last 100 Years of American Administrative Law (2014). He is a frequent contributor to legal and public policy journals and to newspapers and news magazines. He is a founding member and past president of the National Academy of Social Insurance, a fellow of the National Academy of Arts and Sciences, and was founding coeditor of the Journal of Law, Economics and Organization. Mashaw has served as a consultant for a number of U.S. government agencies and private foundations and for the governments of Peru, Argentina, and the People’s Republic of China.