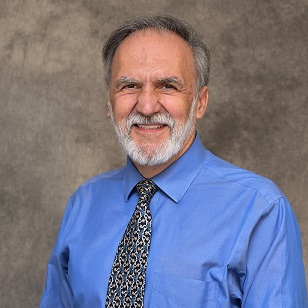 José Costa, MD, is Professor of Pathology and Medicine at Yale University School of Medicine. A graduate of Barcelona Medical School (1967), Dr. Costa trained in Anatomical Pathology at Colorado University (G.B. Pierce) and Washington University (P. Lacy; L.V. Ackerman). He went on to do research as a Fogarty International Fellow (1973) in the laboratory of A.S. Rabson at NCI, where he stayed to eventually become the Anatomical Pathology Branch Chief at the Clinical Center, NIH Bethesda, MD.  Elected to a Chair in Pathology at the University of Lausanne (1982), he directed between 1983 and 1993 the Institut Universitaire de Patologie, developing a program of advanced diagnostics and collaborating both with the ISREC and the Lausanne Branch of the Ludwig Institute.

Dr. Costa joined the Yale Faculty in 1992 as Vice Chairman of Pathology and Director of Anatomical Pathology (1993-2007) and from 1995 until January 2007, he also served as Deputy Director of the Yale Comprehensive Cancer Center. Since 1998 he has been a member of the NCI’s Early Detection Research Network. His laboratory investigates the micro-evolutionary dynamics involved in tumor formation and tumor progression using both experimental and theoretical modeling at the systems level. This work has identified novel and promising ways to detect early cancer and ways to follow the changes in tumors under therapy. In July, 2007, he assumed the direction of the Musculoskeletal Program in the Department of Pathology at Yale and in 2016 he also assumed the leadership of the Autopsy Service.

The contributions of Dr. Costa have been recognized by several awards including a Special Achievement Award from NIH, election as a Fellow to the American Association for the Advancement of Science for his work on tumor cell heterogeneity; the Gold Medal of the International Academy of Pathology and the Trueta Medal from the Catalan government for contributions to public health. Dr. Costa remains an Emeritus Professor at the University of Lausanne. He has served on numerous national and international committees and Scientific Advisory Boards, and has been Editor in Chief of Pathology Research and Practice and Laboratory Investigation. He presently serves as a member of the Consulting Team for the NCI’s Early Detection Research Network and also of the Scientific Advisory Board for the National Cancer Research Institute in Madrid (Spain). He has contributed over 160 original publications to the technical literature.