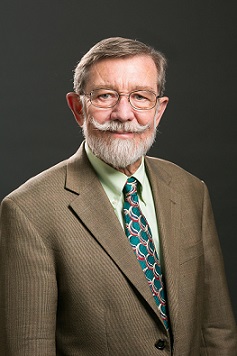 Kenneth K. Kidd received his Ph.D. in Genetics from the University of Wisconsin in 1969. His early training included Drosophila genetics, classical immunogenetics, and population genetics. During his post-doctoral studies in Italy and at Stanford University, he established his reputation in human population genetics. He joined the Genetics faculty at Yale University School of Medicine in 1973 where he has remained and is currently Professor of Genetics, Psychiatry, and Ecology and Evolutionary Biology. At Yale he has pursued research in many areas of human genetics, including medical genetics (studies of neuropsychiatric disorders and simple Mendelian disorders), gene mapping (both physical and genetic), database design for modern genetic data, and a variety of molecular methodologies. More recently, his long-standing interest in human population genetics has been combined with his laboratory’s expertise in molecular technology to examine human genome diversity at the DNA level. He is also responsible for ALFRED, the ALlele FREquency Database, a web accessible compilation of allele frequency data for DNA polymorphisms on anthropologically defined human population.

During his career, Dr. Kidd has published more than 450 scientific articles in a broad range of subjects including population genetics, cancer and neuropsychiatric genetics, gene mapping, molecular methodology, genetic databases, and human diversity. He is one of the co-authors of a paper selected as the best biomedical paper of the year by The Lancet, a leading British medical journal. This and other publication by Dr. Kidd can be found on his website http://info.med.yale.edu/genetics/kkidd. He is a certified Medical Geneticist by the American Board of Medical Genetics. He has served on several U.S. Government Review and Advisory Committees/Panels, on several editorial boards, and helped organize several international conferences. He is a member of several professional societies and a Fellow of the American Association for the Advancement of Science. Among his other awards, he has been recognized by the U.S. Federal Bureau of Investigation and the National Institute of Justice for his contributions toward acceptance of DNA methodologies in the courts. He recently served on national advisory panels for DNA identification of victims of the World Trade Center attack and victims of Katrina.