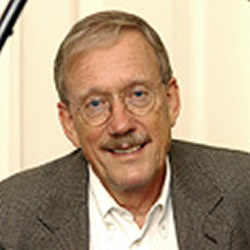 Leon Plantinga graduated from Calvin College, Grand Rapids, Michigan, in 1957.  He received a M.Mus. in piano performance from Michigan State University in 1959, and a Ph.D. in the History of Music from Yale University in 1964.  On the Yale faculty from 1963 until his retirement in 2005, Plantinga served as chair of the Department of Music for ten years.  For six years in the 1990s, he was the Director of the Division of the Humanities.  After retirement Plantinga spent a year at the Princeton Institute for Advance Study, and is currently Interim Director of the Yale Collection of Musical Instruments.  He has written widely on music of the later eighteenth and the nineteenth centuries, with books on Schumann as a music critic, a life and works study of Muzio Clementi, a history of nineteenth-century European music, and a study of the Beethoven concertos.  Plantinga has published many articles and reviews in professional journals, and, lately, in the TLS of London.

Why the Virtuosi Stopped Playing