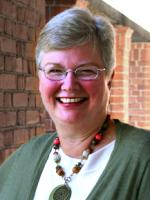 The Reverend Dr. Leonora (Nora) Tubbs Tisdale has served as the Clement-Muehl Professor of Homiletics at Yale Divinity School since 2006. She is the author of eleven books, including Preaching as Local Theology and Folk Art, Prophetic Preaching: A Pastoral Approach, and A Sermon Workbook: Exercises in the Art and Craft of Preaching. Her most recent publication is a devotional book that she wrote over the span of fourteen years entitled:  The Sun Still Rises: Meditations on Faith at Midlife.  An ordained Presbyterian minister, Dr. Tisdale previously taught on the faculties of Princeton Theological Seminary and Union Presbyterian Seminary in Richmond, Virginia. She has also served as co-pastor (with her husband Alfred) of four small churches in central Virginia, and immediately before coming to Yale served on the pastoral staff of Fifth Avenue Presbyterian Church in New York City, where she had oversight of a lay theological seminary that offered courses for over 2000 people in the greater NYC area. Dr. Tisdale is a past president of the Academy of Homiletics (the North American academy of scholars in homiletics) and also served on the executive committee of Societas Homiletica (the international society of scholars in homiletics). She is a fellow at Ezra Stiles College.