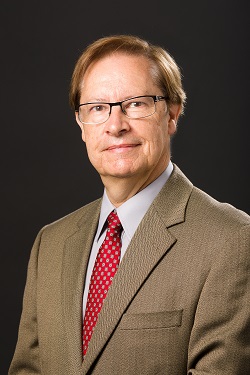 Miguel Coca-Prados was born in 1948 in Salamanca, Spain. He received a bachelor’s degree, master’s degree, and a Ph.D. degree in Biological Sciences from the University of Salamanca. From 1976-1977 he worked at Ohio State University in the Department of Microbiology, from 1977-1981 at Rockefeller University in the Department of Molecular Cell Biology, and since 1981 at Yale University in the Department of Ophthalmology and Visual Science. Trained in the fields of biochemistry, cell and molecular biology, and virology he applied his experience to understand the regulatory mechanisms associated with the secretion of aqueous humor fluid and of intraocular pressure in normal and glaucoma eyes. Part of his work helped to identify Myocilin, the first gene linked to primary open-angle glaucoma, a leading cause of blindness in the world. In 1989 he received the Annual Award of the Alcon Research Institute, and in 1998 the Lew R. Wasserman Merit Award of the Research to Prevent Blindness. In 2009 he established a Genetics of Ocular Diseases research laboratory at the “Fernandez-Vega” Eye Institute, associated to the University of Oviedo (Spain). He makes frequent trips to Oviedo where he supervises work conducted in areas of Proteomics, Metallomics, and Genetics of glaucoma and age-related macula degeneration (AMD). In 2011 his laboratory discovered a panel of serum protein biomarkers with potential application in the early diagnostics of glaucoma. Most recently, he is conducting work to determine the role of metal elements such as zinc in the pathogenesis of AMD. In 2010 his team at the Fernandez-Vega Institute received the National Award for excellence in glaucoma research from the Glaucoma Spanish Society.

When not traveling, Miguel lives in Guilford, Connecticut with his wife Silvia.