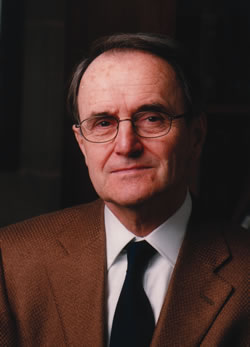 Sterling Professor Emeritus of Law and Professorial Lecturer in Law

Mirjan Damaška is Sterling Professor Emeritus of Law and Professorial Lecturer in Law at Yale Law School. He teaches and writes in the fields of comparative and foreign law, procedural law, evidence, international criminal law, and continental legal history. He is the author of six books, among which The Faces of Justice and Evidence Law Adrift were translated to several languages. Professor Damaška received his basic law degree at the University of Zagreb in his native Croatia. He earned his Ph.D. at the University of Ljubljana (Slovenia). He began his teaching career at the University of Zagreb Law School. In 1971, he left his native land and accepted a tenured position at the University of Pennsylvania Law School. He has been on the faculty of Yale Law School since 1976. He periodically advises the Croatian government in its relations with the International War Crimes Tribunal for the Former Yugoslavia, and the International Court of Justice in The Hague.
In 2010 he was appointed special adviser to the Prime Minister of Croatia, and agent of the Republic of Croatia before the International Court of Justice, heading a team of Croatian and English lawyers in the case of Croatia v. Serbia.