Department:
School of Music and Department of Music 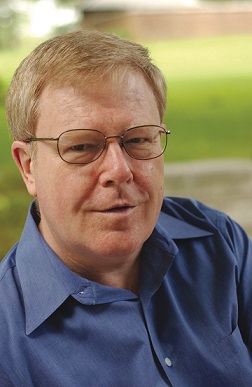 Professor Emeritus in the Practice of Music History

Born in Toronto, Canada, Paul Hawkshaw received his Ph. D. in Musicology from Columbia University in 1984.  Professor in the Practice of Music History at the Yale School of Music from 1984 to 2018, he served as Deputy Dean from 1989-2012 and Director of the Norfolk Chamber Music Festival from 2003-2016.  In 2018, courtesy of a stipendium from Fulbright Austria, he was Guest Professor at the Institute for Musicology, University of Vienna, and at the Institute for Musicology and Interpretation Research at the Vienna University for Music and the Performing Arts.

Professor Hawkshaw is co-editor of the New Anton Bruckner Complete Edition being published under the auspices of the Austrian National Library with the patronage of the Vienna Philharmonic Orchestra.  To date he has completed fourteen volumes of the composer’s collected works, and his editions are performed by choirs and orchestras throughout the world.  He served as co-editor of Bruckner Studies (Cambridge University Press, 1997) and Perspectives on Anton Bruckner (Ashgate, 2001), wrote the Bruckner biography for The New Grove Dictionary of Music and Musicians and, since 2014, has been coeditor of Wiener Bruckner Studien for the Austrian Academy of Sciences.  In the Spring of 2011 he was awarded the Kilenyi Medal of the American Bruckner Society for his efforts on behalf of the composer’s music. Other recipients have included former Yale Professors, Paul Hindemith and Eleazar de Carvalho, and conductors Daniel Barenboim, Herbert Blomstedt, Serge Koussevitsky, and Arturo Toscanini.

Since coming to Yale, Professor Hawkshaw has taken an active interest in community affairs and public education in New Haven.  He worked with the New Haven School Board, Yale faculty and students, and the Yale College Class of 1957 to establish a music and literacy program in the city’s public schools.  Professor Hawkshaw has been recognized for his contribution to the New Haven Schools by an official proclamation of Mayor John DeStefano and, in the spring of 2000, he was awarded the Yale School of Music’s highest honor, the Samuel Simons Sanford Medal, for his scholarship and community service.