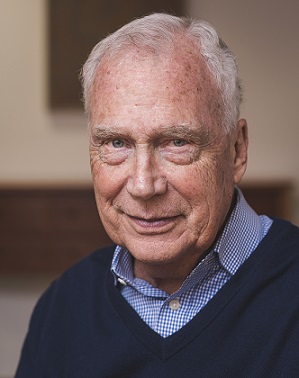 His teaching and publication have been mainly on the novel (largely French and English) and the theory of narrative; on psychoanalysis in relation to literature; and on law and the humanities.  He received his BA and PhD from Harvard University, and studied also at the University of London and the University of Paris.

He was decorated Officier des Palmes Académiques in 1986; and in 1997 he received an honorary doctorate from the Ecole Normale Supérieure, Paris; and in 2001 an MA from Oxford.   He is a member of the American Academy of Arts and the American Philosophical Society, and a Corresponding Fellow of the British Academy.  He was given the William C. DeVane Prize for Scholarship and Teaching in 2012, the Andrew W. Mellon Foundation Distinguished Achievement Award in 2008.

The Emperor’s Body (2011) and World Elsewhere (1999); and various edited volumes, including The Humanities and Public Life, with Hilary Jewett (2014), The Human Comedy: Selected Stories (2014), Anthologie du mélodrame Classique, with Myriam Faten Sfar (2011), Whose Freud?  The Place of Psychoanalysis in Contemporary Culture, with Alex Woloch (2000), Law’s Stories, with Paul Gewirtz (1996).