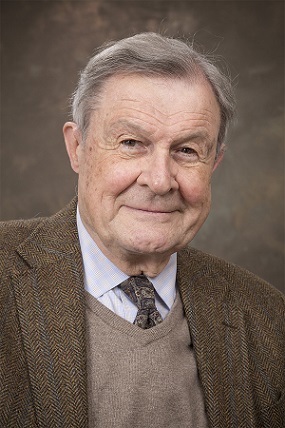 Pierre R. Demarque, Munson Professor Emeritus of Natural Philosophy and Astronomy, came to Yale as professor of astronomy and department chair in 1968, holding the latter post until 1975. During that time, he changed the focus of the department to astrophysics, laying the groundwork for making the department a leading international center in this area. His research has centered on the structure of stars, their ages, the evolution of galaxies, and the solar interior. He was named the Munson Professor in 1979. Demarque became the first director of Yale’s Center for Solar and Space Research in 1985. Honors include the 1967 Warner Prize of the American Astronomical Society. He served as president of the International Astronomical Union’s Commission on the Internal Constitution of the Stars from 1991 to 1994. He is a Fellow of the Royal Astronomical Society of London, and of the American Association for the Advancement of Science.