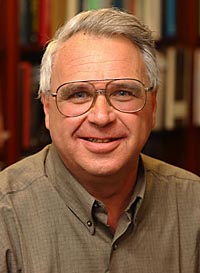 My research focuses on the structural evolution of the atomic nucleus as a function of the numbers of its constituent protons and neutrons including quantum phase transitions in nuclear shapes, the evolution of the underlying shell structure, and the emergence of collective behavior. One aim is to identify the remarkable regularities and simple patterns exhibited by these complex quantal many-body systems and to describe them in terms of the symmetries and quantum numbers applicable to the system as a whole.  At the next level, we try to understand the origin of these regularities in terms of the interactions of the nucleons, especially the valence proton-neutron interaction.  The experimental component of the research looks especially to the properties of newly accessible exotic nuclei far from the valley of stable nuclei.

Sample references over the last decade: