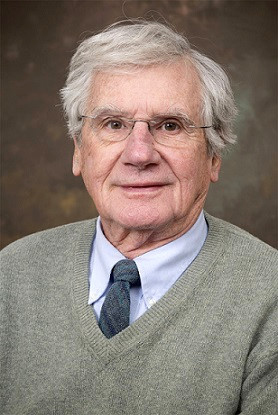 Robert H. Gifford, M.D., Professor of Medicine (Emeritus) at Yale University School of Medicine, spent most of his professional life as a faculty member at Yale, retiring in 2000. His background also includes three years in the United States Air Force and two years as a physician with the Peace Corps in Colombia, South America. As Deputy Dean for Education at Yale Medical School, he oversaw the development of a new curriculum at the School of Medicine, and had overall responsibility for Admissions, Financial Aid, Student Affairs, the Office of Education, the Office of Multicultural Affairs, and the Physician Associate Program. In 2000, Dr. Gifford retired from Yale and spent the next three years as a full-time science teacher for students in grades four through eight at two inner-city private schools in New Haven, most recently at St. Martin de Porres Academy, a privately funded middle school for highly disadvantaged children. He now serves on the Board of Trustees of that institution. He continues to teach physical diagnosis to Yale medical students and serves on the admissions committee at the School of Medicine. He has been honored with several teaching awards by students and housestaff at Yale and has been selected to be the graduation speaker at Yale University School of Medicine on three separate occasions. He was a member of the Board of Trustees of Ohio Wesleyan University and is a member of the National Academy of Medicine of Colombia.