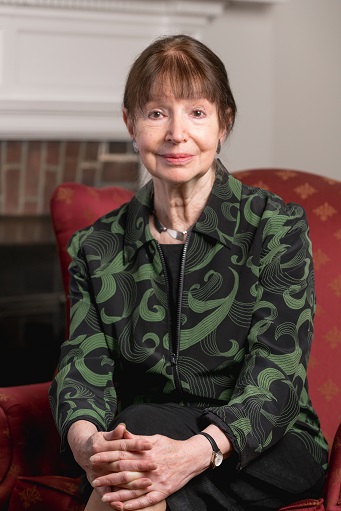 Roberta Frank is the Marie Borroff Professor Emerita of English and has taught at Yale since 2000; she previously taught for thirty-two years at the University of Toronto. She received her B.A. from New York University and her Ph.D. from Harvard. Her primary area of study is Old English and Old Norse language and literature. Her books include Old Norse Court Poetry and A Plan for the Dictionary of Old English. Her favorite medium is the essay. She has published several score pieces on subjects ranging from “Interdisciplinary: The First Half-Century” to “The Search for the Anglo-Saxon Oral Poet,” “The Discreet Charm of the Old English Weak Adjective,” “The Invention of the Viking Horned Helmet,” and “The Unbearable Lightness of Being a Philologist.” She is currently completing a book on early English poetics.

She has served as General Editor and on the Editorial Board of more than a dozen publication series, and as President of the Medieval Academy of America. She co-founded the major academic society in her field (also designing its logo), which is still flourishing. At Yale, she served as President of the Elizabethan Club during its 2011 Centenary. She has supervised or co-supervised over thirty-five doctoral dissertations, and received Yale’s Graduate Mentor Award in the Humanities (2016) as well as the Medieval Academy of America Award for Excellence in Teaching (2017).