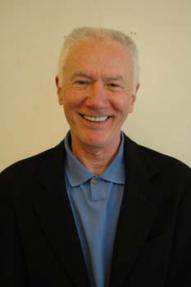 Since 2004 Ron Van Lieu has served as the Lloyd Richards Professor Adjunct of Acting at Yale School of Drama. He served as Chair of the Acting program from 2004 through June 2014.

Mr. Van Lieu trained at New York University Tisch School of the Arts. His acting credits include major regional theaters, leading roles off-Broadway, New York Shakespeare Festival, The Public Theatre, Playwrights Horizons, and a member of the Milwaukee Repertory Theater’s acting company. His directing credits include productions at Playwrights Horizons, The Public Theater, Syracuse Stage, the Greer Garson Theater in Santa Fe, and over 50 productions at the NYU Graduate Acting Program. For 29 years he was a Master Teacher of Acting at the New York University Tisch Graduate Acting Program. For many years he served as Chair of the NYU program where he also founded and headed Studio Tisch, a developmental workshop for graduates of the acting program. In 1993 he was awarded the New York University Distinguished Teaching Medal, the university’s highest award given in recognition of outstanding achievement in classroom teaching. In 2017 Mr. Van Lieu was appointed Professor of Professional Practice at the Columbia University School of the Arts Graduate Actor Training Program.

In addition to his university work, Mr. Van Lieu is a founding faculty member of both The Shakespeare Lab at the New York Shakespeare Festival Public Theater where he headed the actor training for 10 years, as well as The Actors Center in New York where he is a member of the board and continues to teach both professional actors as well as teachers of acting. Students who have trained with Mr. Van Lieu over the past 42 years have won every major award in the field of theater and acting including the Pulitzer Prize, the Academy Award, Tonys, Drama Desk Awards, Golden Globes, Emmys, Obies, etc.