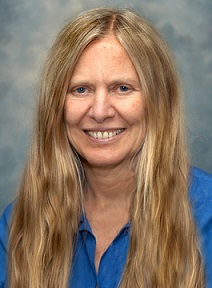 Her father was pulled out of high school to work on the farm and her mother was an immigrant from Italy. Although there was no pressure at home to do well in school, Shirley loved science and appreciated the positive feedback that she got from her teachers. In elementary school, she decided that she wanted to be an astronomer and memorized many arcane facts about the universe. She attended college at SUNY Albany, where she majored in biology after realizing that astronomy, being mainly physics, was not for her.  She loved biology and went on to a PhD program in Mammalian Physiology at Cornell. While at Cornell, she became interested in the clinical aspects of physiology and did not like experimenting on animals.  So off she went to Yale for medical school. There, Shirley discovered that she had an “eye” for looking at images and enjoyed Radiology, so she did a residency in that field at Yale and then a fellowship in cross-sectional imaging at UCSF, where she got in on the ground floor of research in the new field of magnetic resonance imaging.  She returned to Yale as faculty in Body CT/MRI and became internationally known for her expertise in pelvic MRI, having published almost 200 scientific manuscripts, reviews, chapters and books.  She is very ready to shift gears away from medicine and toward environmental activism in her retirement.