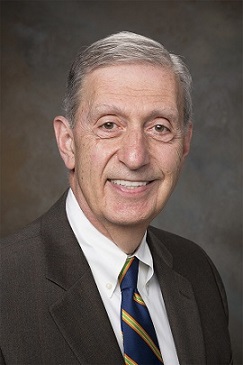 Dr. Stephan Ariyan is the Frank F. Kanthak Professor of Surgery, Plastic Surgery, and Otolaryngology at Yale School of Medicine and Clinical Program Leader for the Melanoma Program. He was Professor and Chairman of Plastic Surgery at Yale from 1979 to 1991. At that time, he returned to the Graduate School of Business at the University of New Haven and earned an MBA in 1993.

An internationally known surgeon, Dr. Ariyan specializes in the surgery of the head and neck, and malignant melanoma. He has been recognized for the origination and development of several myocutaneous flaps for reconstructions of the head and neck - most notably the pectoralis major flap, which has become the most commonly used flap for head and neck reconstruction worldwide. He received his medical degree from New York Medical College. He interned at UCLA, then completed training in General Surgery as well as Plastic Surgery at Yale University School of Medicine, becoming certified by the American Board of Surgery, and the American Board of Plastic Surgery. He was then asked to join the faculty at Yale in 1976, was appointed the Chairman of Plastic Surgery in 3 years, and rose to the rank of tenured full Professor of Surgery in another 2 years. Dr. Ariyan has been recognized for this work by his professional colleagues, as published in several national publications for the public. Dr. Ariyan has served as an officer of a number of national and regional professional organizations and has been the recipient of several national and international awards. Dr. Ariyan has authored or co-authored more than 300 scientific papers, four surgical books (one of them, The Handbook, has been published in three editions in English, Spanish, and Japanese). He has served on the editorial boards of two surgical journals, and as a reviewer of five additional surgical journals. Dr. Ariyan has made major contributions to the field of surgery through his research and publications.