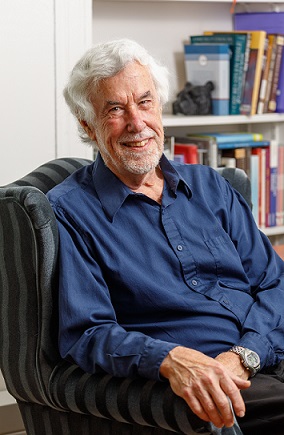 Malcolm K. Brachman Professor Emeritus in Economics at Yale University since 1975, Director of Economic Growth Center at Yale University 1983-1996, and previously Professor at the University of Minnesota, Founder and Director of Population Research Program at the Rand Corporation, and economist with the Joint Economic Committee, U.S. Congress, and intern Council of Economic Advisors. President of the European Society for Population Economics, Fellow American Association for Advancement of Science, Member of the Conference on Income and Wealth, NBER and IUSSP, Senior Research Fellow, Institute for Policy Reform, Bureau for Research and Economic Analysis of Development, and Institute for the Study of Labor, and National Associate, National Academies of Sciences, Engineering and Medicine, and Fellow Econometrics Society. Irene Taeuber Award for Research by the Population Association of America, and member of the Board of Trustees, Economic Research Forum for Arab Countries, Iran and Turkey. Editor and associate editor to several journals and periodicals, and consultant to various private foundations, international organizations, and government agencies. His research deals primarily with microeconomic explanations for individual, family, and household economic and demographic behavior, including fertility, health status, marriage, female labor force participation, gender differences in human capital, schooling and health of children, the distribution of income among persons and households and over time, and the role of schooling, migration, and health for labor productivity. Author of a textbook Economics of Population, journal articles, chapters in books, as well as editor of books.