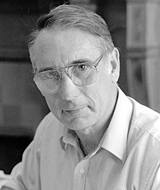 Brainard is a specialist in economic theory, macroeconomics, and monetary theory. He has taught at the University since 1962. His seminal paper “Uncertainty and the Effectiveness of Monetary Policy” (1967), analyzing how the conduct of policy should be affected by uncertainty about its impact, is still widely cited by policy makers. A frequent collaborator with Nobel Prize winning Yale economist James Tobin, he developed with Tobin the concept of “q” to help explain the way financial markets influence investment and economic activity.

Brainard was provost of the University from 1981 to 1986 and twice served as director of the Cowles Foundation for Research in Economics. He also chaired the Department of Economics. He was named the Frederick William Beinecke Professor of Economics in 1987 and became the first faculty member to hold the Arthur M. Okun Professorship in 1991.

In 1996, he was elected chair of the board of the Federal Reserve Bank of Boston. A Fellow of the Econometric Society and Distinguished Fellow of the American Economic Association, he has served as co-editor of the Brooking Papers on Economic Activity. Brainard’s former students and colleagues at Yale held a major conference on campus in his honor in 2001.